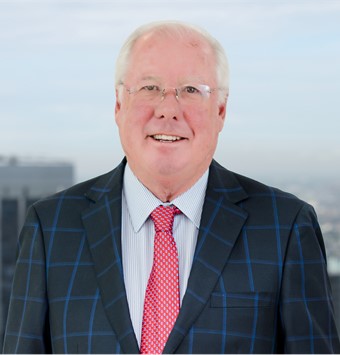 Tom Park joined Portage Point in December 2020 and currently serves as a Managing Director offering interim management, performance improvement and board services to stakeholders in periods of distress, underperformance and transition. He also currently serves on the Board of Directors for Howard’s, a large independent appliance and consumer electronics retailer

Prior to joining Portage Point, Tom was CEO of Incipio, a consumer products company, until he left in 2019. Tom served as President of the Kenmore Craftsman Diehard for Sears Holdings. Tom was hired in 2015 to transform these iconic American brands to maximize their value by externalizing the brands after nearly 100 years of being exclusively sold at Sears. Under Tom’s leadership, the Kenmore and Diehard brands were launched exclusively on Amazon. Kenmore is the first major appliance brand to be sold on Amazon and included delivery and installation services performed by Sears. Tom was instrumental in negotiating the sale of The Craftsman Brand in 2017 to Stanley Black & Decker for $900m

Prior to joining Sears, Tom held several executive positions at Belkin International, a global leader in mobile accessories, wireless networking products and IOT smart products. Positions within Belkin included President Linksys Networking Division, President of the Americas, Chief Operating Officer and CFO. During his tenure of a dozen years, Belkin saw significant growth, more than doubling the business to $1B.  Prior to Belkin, Tom spent a decade with the Walt Disney Company where he was President of the Disney Stores Worldwide. In addition, he held executive positions with Disney Consumer Products. Tom was Controller for the $3B consumer products business and Controller for Walt Disney Imagineering, the design and development group for Disney theme parks

Tom graduated from Villanova University with a BS in Accounting in 1979 and began his career with Unisys holding several positions in finance and accounting for over 12 years. Tom serves on several advisory boards, including the Villanova School of Business. Tom lives in the Los Angeles area with his wife, Lisa Adubato Park, and is the proud father of four children and one granddaughter