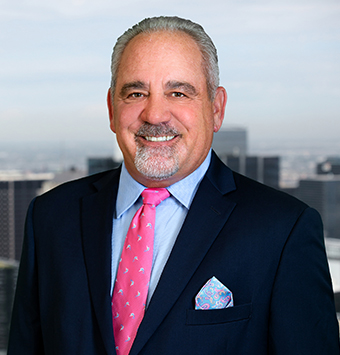 David Querio joined Portage Point in August 2016 and serves in the capacity of President of Ascent Aviation Services. His primary areas of focus include operations, supply chain, sales and marketing and finance within two large airframe maintenance, storage and reclamation centers located in Arizona

Prior to joining Portage Point, Mr. Querio served as President and General Manager of a large maintenance, repair and overhaul (MRO) facility located in New Mexico, Chief Operating Officer of Silver Airways and President and CEO of Ascent Aviation Services. Mr. Querio has a proven track record of turnaround management, process improvement, client development and retention within the aviation and aerospace sectors

While at Silver Airways, Mr. Querio was instrumental in navigating the flight and technical operations, station and ground handling and in-flight services divisions out of bankruptcy, through rebranding, re-fleeting and rapid route expansion with the airline being named Regional Airline of the Year for 2012

Dave is a versatile leader in operational improvements and business development. He has successfully navigated numerous companies from financial distress to highly profitable organizations through his turnaround leadership and systematic approach to process development and fiscal responsibility

Mr. Querio has dedicated his career, spanning over 34 years, to the aviation and aerospace sectors. Starting in the industry while still attending college, Dave has advanced through the ranks while attaining the knowledge and expertise to support the growth and transformation of the industry

Mr. Querio has been recognized by numerous regulatory agencies for his accomplishments in improving organizations and improving their levels of compliance in regards to regulatory oversight and safety